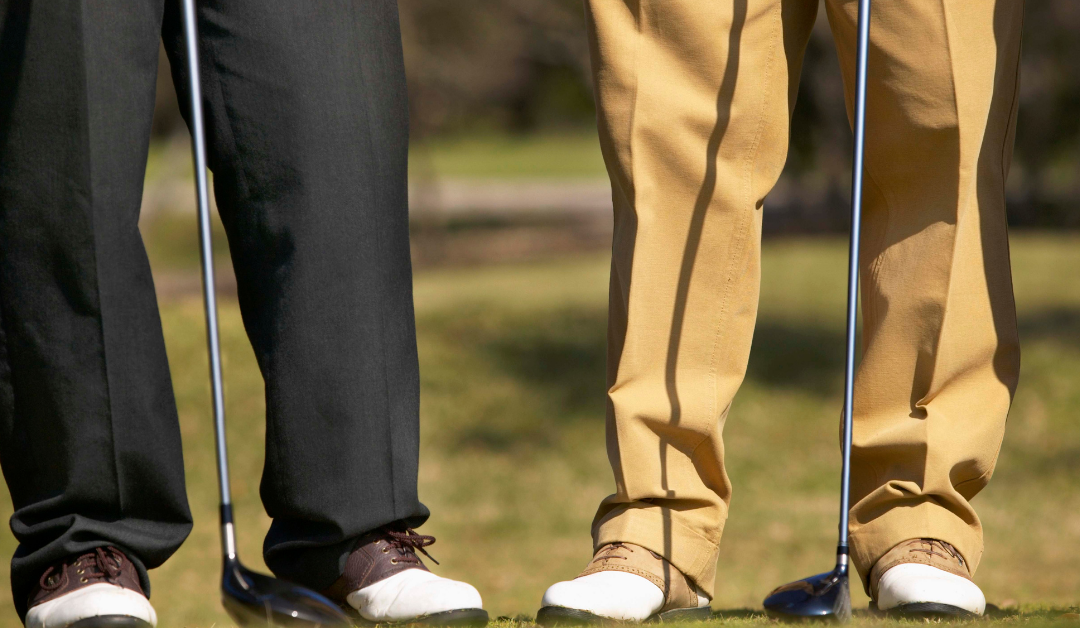 What is Proper Golf Attire for Men?

Anyone who has watched or played golf can see the sense of formality, this mainly has to do with the attire worn by the players, the clothing etiquette, and how strictly they are implemented. So if you and your friends want to come to enjoy the beautiful greens at Deer Creek Golf Club, there are a few things you should know about the golf attire for men.

We broke it down into 5 main points to know before your next round with us!

The proper golf attire for men is usually collared shirts. That is one of the most important rules about men’s golf gear. No t-shirts!, Polo shirts are as comfortable and cool as t-shirts, but this one has a collar!

Jeans Are Not Allowed

Khakis and golf slacks are the preferred option for men’s golfing clothing. Whatever color or material you may choose, there are a few rules:

Shorts are okay to wear when golfing, but they shouldn’t be too short or too tight. Shorts should be tailored like casual trousers and should be above the knee. These, like the golf pants, should have belt loops and a belt.

This is a very vital one because your footwear is also protection. Rubber shoes or sandals should never be worn when on the golf course. Instead, there are specific shoes with soft spikes. The spikes are supposed to keep you from slipping, and the shoe itself is close toed for your protection as well. Golf shoes with spikes should only be worn on the course. It is best to arrive in other shoes then change into the golf shoes in the locker room.

When it comes to socks on the golf course, they should match the color of our golf slacks. If you are wearing shorts then the socks should be a lighter color and lower around the ankles.

When it comes to the color of the golf attire, it is important to remember that brighter colors or loud patterns are a distraction to the group and other players on the course. If you are there with business associates or there trying to close a business deal, it is best to keep the colors and look more toned down and professional.

If you are interested in golfing with us, come check out our courses or contact us today! 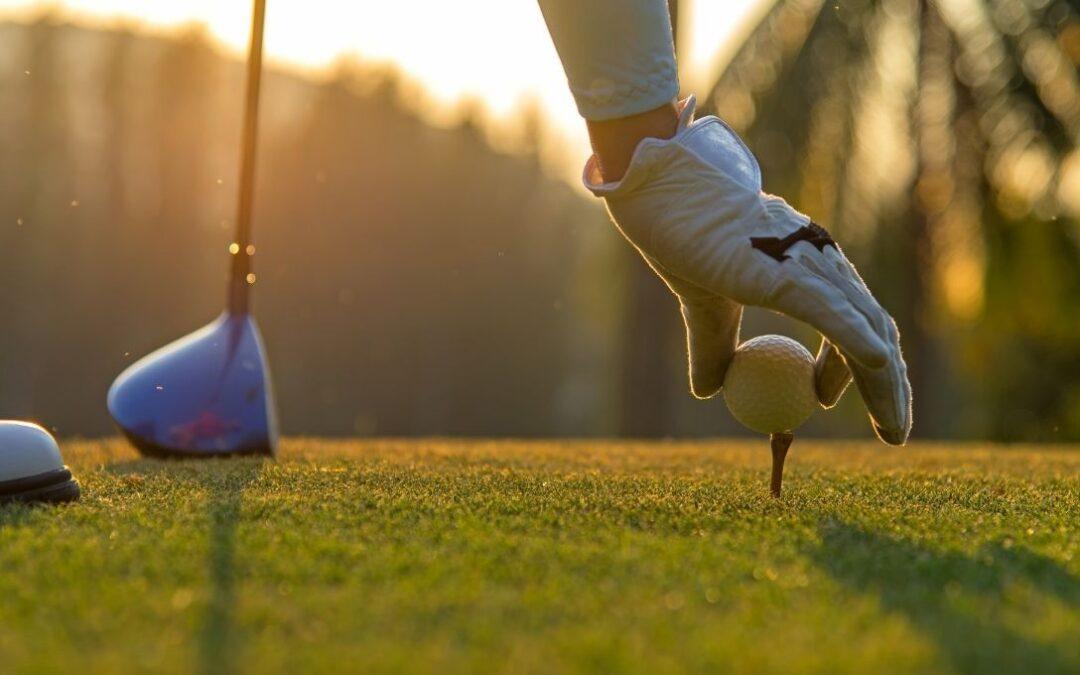 Golf in 2016 was a whirlwind, to say the least. There were some firsts, and even a few fiascos that no one could have predicted, and Deer Creek has been here to report through it all. Let’s take a moment and look back at some of the most astounding and downright interesting moments of golf in 2016.

The Tiger Woods Comeback is fresh in the memories of most, but also too early to call. After Nike decided to discontinue half of its golf line and stick exclusively to apparel, some thought that was the sign of Woods’ retirement. But only a few weeks ago, he returned to golf in 2016 with a surprisingly fresh outlook.

Golf went Olympic in 2016 for the first time in over 100 years. There was drama and a few health scares, thanks to a Zika outbreak. Deer Creek covered all the Olympic golf news as it happened last year on our golf blog.

The United States won the Ryder Cup and displeased the rest of the world. British golfer and Ryder Cup hopeful Danny Willet was heckled by angry American fans. This is because Danny’s brother Pete Willet wrote a scathing article that trashed the conduct of the American fans, and it was not unwarranted. American golfers complained and a fan was ejected. The backlash was more severe than Pete expected, when it then made the headline for golf in 2016. Read Pete Willets Ryder Cup article and see for yourself.

Golf lost the Legendary Arnold Palmer in September 2016. We are glad that he had the chance to enjoy and play golf in 2016, right until the end.

If you like staying informed, be sure to visit the Deer Creek Golf Club Facebook page. Happy New Year, golfers!

Jason Day is in first place in the official world golf ranking. He has hit the golf scene like a tornado, and after looking at Jason Day’s statistics, it is easy to understand why. Whether he is playing golf in South Florida or in Scotland, he is a great dominator.

For the year 2016, Jason Day’s statistics are impressive.

Early in 2016, he played golf in South Florida at the Arnold Palmer Invitation, in which he won. Day then went on to take the title for the WGC-Dell Match Play and the Players Championship. His second place spot in the PGA Championship may have been a disappointment for some who believed he would win, but most golf fans agree that he is in contention to win the PGA title next year.

There are a lot of golf fans who feel as if there is a void in the sport caused by the indefinite hiatus of Tiger Woods. No one is sure who will take his place as the next great ambassador of golf, but the truth is there will likely never be a golfer as great as Woods. However, Jason Day is making a big impact on the sport, and he is just as entraining to watch as the legendary Woods.

The golf community expects big things from Jason Day, in which he is likely to deliver.

5 At Home Exercises that will Boost your Golf Game

If you are an avid golfer, it is no secret that being stronger, more limber, and moving more efficiently are the keys to improving your overall golf game. Many people feel intimidated by the gym, whether it is due to lack of knowledge or time, and this can stifle their desire to improve their fitness for the sake of their golf game. Use these five at home exercises that are guaranteed to improve your golf swing and overall golf game before you hit the Deer Creek golf course.

A Gentlemen’s Guide to the Unwritten Rules of Golf

Learning a new sport is always challenging, especially when you are trying to familiarize yourself with all the rules of the game. Difficult as it may sound, some rules may not be written, which is why our South Florida golf course has devised this list of unwritten rules of golf that every golfer should know.

Don’t throw your clubs. While to many this may sound like a no brainer, you will come across one person in your golf lifetime that will throw their golf clubs out of frustration. Every golfer has been angered by their performance on the golf course, but this is a gentlemen’s sport and you should conduct yourself as such.

Silence is golden. As a sport of etiquette, respect your fellow golfers by keeping the noise down. Preparing for a swing requires time and concentration that can be broken with your conversation. Keep the talking to a minimum and if you must speak, use a lower voice out of respect.

Respect the course. Championship golf courses require a lot of maintenance to preserve their beauty and guarantee the best golfing experience possible. That being said, throw away your trash. No one wants to visit a golf course that has been trashed by golfers. Respect the golf course and leave it the way you found it, clean.